HARTFORD, CT (January 22, 2019) – Robinson+Cole is pleased to announce the significant expansion of its bankruptcy capabilities with the addition of five lawyers, including three partners, and the opening of new offices in Wilmington, Delaware and Philadelphia, Pennsylvania.

Natalie D. Ramsey, Mark A. Fink and Davis Lee Wright, all formerly with Montgomery McCracken Walker & Rhoads LLP, join Robinson+Cole as partners. The group has received multiple recognitions from The M&A Advisor, a premier global network of M&A, turnaround and finance professionals, including awards for the “Restructuring Deal of the Year” for 2016 and in 2017, and for the “Energy Deal of the Year” in 2017.

“This is a very exciting time at Robinson+Cole,” said Stephen E. Goldman, the firm’s managing partner. “The expansion of our bankruptcy practice into larger financial markets has been an important part of our long term strategic plan for some time, and the opportunity to add such an accomplished and well-recognized bankruptcy team in strategic geographies, including our rapidly expanding office in New York, is a real home run for us.”

Natalie Ramsey has practiced in the areas of bankruptcy and corporate reorganizations for more than three decades. Among other awards and recognitions, she is a Fellow in the American College of Bankruptcy, she has received a Band 1 ranking in Chambers USA: American’s Leading Lawyers for Business in the area of bankruptcy/restructuring in the State of Pennsylvania, and she has been selected to the “Top 50 Women Pennsylvania Super Lawyers List” from 2008 to 2010 and from 2015 to 2018. Ms. Ramsey will serve as a chair of the firm’s Bankruptcy Practice Group, together with Michael R. Enright and Patrick M. Birney, the current co-chairs of the group, and will be resident in the firm’s new Wilmington and Philadelphia offices.

“I am extraordinarily impressed with Robinson+Cole’s lawyers, its collaborative approach, and its strong leadership,” said Ms. Ramsey. “I have known Robinson+Cole’s existing bankruptcy team for many years, and have served with them as co-counsel in several complex cases. They are wonderful lawyers and wonderful people, and I look forward with great anticipation to working with them as my partners. The firm’s sophisticated and talented business transaction and business litigation teams are the perfect complement to our bankruptcy and workout practice, and will provide great support for us as we continue to grow our practice.”

Mark Fink focuses his practice on bankruptcy and restructuring matters. He has assisted investors in their acquisition of distressed assets, and has extensive experience representing creditors’ committees, debtors, special servicers, banks, indenture trustees, individual creditors and liquidating trustees in bankruptcy proceedings and out-of-court workouts. Mr. Fink will be resident in the firm’s New York office.

Davis Wright’s practice is focused on bankruptcy-related litigation. He has represented secured and unsecured creditors, creditors’ committees, committee members, trustees and debtors in numerous proceedings under Chapter 7, 11, and 15 of the Bankruptcy Code. In addition, he has represented public and private companies in all aspects of their restructuring efforts, including out-of-court work-outs, “prepackaged” bankruptcies, and other types of  reorganizations. He also has significant  experience in maritime bankruptcy. Mr. Wright is a member of the Delaware Bankruptcy Chapter of the American Inns of Court, of the American Bankruptcy Institute, and of the Turnaround Management Association, and is a former law clerk for the Honorable Peter J. Walsh, former Chief Judge of the United States Bankruptcy Court for the District of Delaware. He will be resident in the firm’s new office in Wilmington.

Joining along with Ms. Ramsey, Mr. Fink, and Mr. Wright are Laurie A. Krepto, as counsel, and Katherine M. Fix, as an associate. Ms. Krepto and Ms. Fix will both be resident in the firm’s new Philadelphia office. 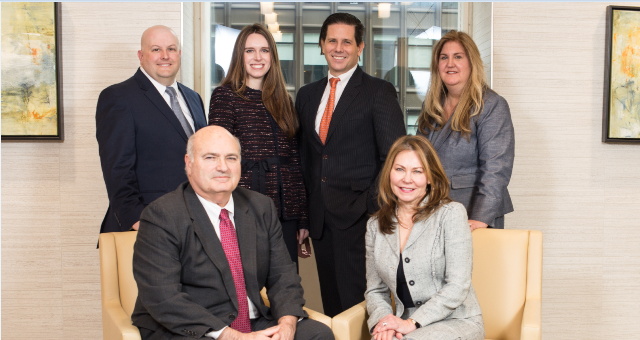 Robinson+Cole is a service mark of Robinson & Cole LLP, an Am Law 200 firm with more than 200 lawyers in eleven offices serving regional, national, and international clients, from start-ups to Fortune 500 companies. For more information, please visit www.rc.com.

MacRoberts is proud to support #apprenticeships as a route to a career & we're delighted to have a number of curren… https://t.co/mUvMH4bvgD

and adoption of electronic payments, foster innovation and ensure the safety and stability of the financial ecosyst… https://t.co/kJrAyn9z0d

The use of QR codes for payments in #Nigeria has become increasingly prevalent in light of the #COVID19 pandemic as… https://t.co/sTXiKZlI13

The Framework for #QuickResponse (QR) Code Payments in Nigeria which was recently issued by the #CBN, seeks to prov… https://t.co/ty5ggOfTif

#QuickFacts about QR Code payment platforms in Nigeria: #DidYouKnow that the Central Bank of Nigeria (the “CBN”) n… https://t.co/ls736SwAHp

With a significant decline in Covid-19 cases, the government has lifted some of the restrictions. This announcement… https://t.co/5sGSvIg4ja

"I #ChooseToChallenge gender inequality and discrimination." Our Associate, Regina Onwumere stands with #AOWomen to… https://t.co/zJRx06b6FP

Have your pie & eat it, too – as we celebrate #BritishPieWeek, we look at the #Brexit effect for #foodanddrink busi… https://t.co/BGoqbIAIXl

Court of Appeal affirms the position on the enforcement of foreign judgments and the conflicts between Arbitration… https://t.co/NDbf9opGrz