Spain: Removing the Floor Clause From Our Mortgages - Criteria and How To Go About It 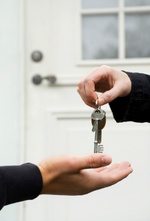 Do you have a mortgage loan? Do you monitor when your interest rate is reset? Have you checked the outcome of this reset and noticed that recently, despite the low interest rates on the market, your mortgage rate has a floor and doesn’t go below that?

If so, you have a “floor clause”. Perhaps you already knew this, but some people are not aware of it. In whichever case, the difference between the interest you would pay if the floor clause was not applied and what you are effectively paying, can, in the end, amount to quite a considerable sum.

On the 9th of May, 2013, the Spanish Supreme Court issued its first ruling annulling mortgage floor clauses. This was in response to a court appeal brought by AUSBANC (the Spanish Bank Consumers Association) against the Spanish banks and savings banks BBVA, Cajas Rurales Unidas, S.C.C. and NCG Banco S.A.U.

The background to this case, the ruling and its follow up, have received a huge amount of coverage in the press, although, as tends to happen, information in the press can cause confusion to the lay person, not versed in law, and can create expectations, not always based on reality.

To sum the ruling up, it declared floor clauses in numerous mortgages null (though not all), saying this clause was agreed with a lack of clarity and transparency(there was a lack of information, it was included along with a ceiling clause, or was buried in an overwhelming amount of data, etc.). The annulment cannot be applied retroactively, which means there is no refund for what has already been paid for this concept.

The conclusion reached therefore is that floor clauses are legal and can continue to be used in contracts, so long as there is clarity and transparency in the information given to the customer on this matter, enough to identify its relevance to the contract and to be aware of the real spread of risks on the  variability of the interest rate.

This means that every individual case must be looked at carefully, in order to rule out those that are illegal because they don’t meet the criteria, and keep those that were or are contracted with the full knowledge of the consumer.

The banking and financial institutions who were ruled against by this judgement have, after a lot of thought, started to act (though not all). And to comply with it some institutions are already removing the application of the floor clause rate to their customers of their own accord, so customers, when checking their accounts on line, can see for themselves that the institution has already made the appropriate changes to the interest rate which is applicable to their mortgage, and have even returned the excess amount paid following the Spanish Supreme Court ruling (though not what was paid prior to it, as it is not retroactive).

In cases where certain institutuions have been ruled against and do not act unless the person asks them to, or in cases where the mortgage was linked to other banks, savings banks, or financial institutions not part of this court ruling, the best thing to do would be to check with a lawyer on the legality or otherwise of the clause you signed, to be able to claim its non application more effectively, while trying to keep the matter close to your area of banking (your local branch, your bank’s Customer Servicie, the Bank of Spain), Above all, try to avoid having to take the bank to court, because though you are very likely to win the case, it will be a much longer and more expensive process.

So as well as managing to pay less for our mortgage, we mustn’t forget to mention the importance that the annulment of abusive clauses such as these  can have in such difficult and complex moments as bank repossessions, for, as a result of rulings such as that of the Court of Justice of the European Union (CJEU) of 14th of March, 2013, the lawfulness of the legal action could be contested on the basis of the amount claimed, if it was wrongly calculated by applying an invalid interest rate determined by a null clause.

As we celebrate our partner for this symbolic recognition in legal practice, we equally celebrate another proud mom… https://t.co/dqAzk53WHL

How specific does the notification of a breach of warranty claim need to be in order to ensure it has ‘reasonable d… https://t.co/aTEP0HYMgF

In Scotland, the range of outcomes in divorce cases is generally not as broad as it is in England, so it is often n… https://t.co/eUog2CNsJR

We are pleased to have been awarded @en4ei's Silver TIDEMark for 2022/2023 in recognition of our approach and progr… https://t.co/byiG9hgeje

RSVP for the 6th edition of the A & O Insider Series with Lumi Mustapha; Head of Legal at Founders Factory, and mod… https://t.co/Po0m8La8iX