Spain: Is a Sales Agent always entitled to compensation? 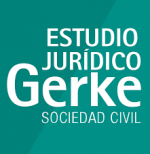 This post, unlike those you are used to receiving from us, is not going to explain something new. We are writing it because of the recurring problems many of our clients are having; whether they be companies who contract sales agents or companies who are sales agencies.

For the reality is, that from the moment a business person  (referred to as the Principal) decides they no longer wish to  use the services of an agent and informs them of this, the agent’s immediate reaction is to claim compensation and indemnity.

In this post we will try to explain what this  compensation and indemnity consists of and how to avoid the most frequent mistakes made, because once a claim has been made or received, it is too late to rectify.

COMPENSATION AND INDEMNITY FOR CUSTOMERS

Providing they have brought in new customers, or noticeably increased business with preexisting customers, an agent is entitled to receive this compensation simply because the contract has terminated (independently of whether it was indefinite or fixed term).

However, if the brand was already a premium brand, then we mustn’t forget that the compensation will be considerably less. In this case, it is assumed that the customer knew the brand already so the promotional and sales efforts of the agent will not be so vital given that “the brand sells itself”.

The amount of compensation will be awarded according to the circumstances (duration of contract, existence of prohibition to act for competitors agreement, etc.), and has a maximum limit: the amount of the average annual remuneration received by the agent during the last five years, or during the whole contract, if it is less than five years.

COMPENSATION AND INDEMNITY FOR DAMAGES (INVESTMENTS)

The business person (usually referred to as the Principal) must also compensate an agent who has an indefinite contract (in fixed term contracts this is not applicable) for the investments the agent has carried out and which if the contract is terminated they will not have been able to amortize. There is a good reason for this: a sales agent, who thinks they have signed an indefinite contract, invests considerably more than an agent who knows their contract might terminate in a years time. If the principal terminates the contract for no legal reason they must return part of this investment to the agent.

COMPENSATION FOR BREACH OF PERIOD FOR GIVING NOTICE

As always happens when a company wishes to finish with the services of a commercial agent, the principal worries about the effect this will have on their customers. They consider it a major risk to have the agent continuing to deal with them during the compulsory period of notice, because knowing their contract has been terminated could lead to unfavourable reactions from customers, perhaps even driving them into the arms of the competition. For this reason, principals think it better to terminate the contract with immediate effect so as to be able to put an other agent in their place immediately. The problem is that not respecting the period of notice (one month’s notice for every year of the contract’s duration, up to a maximum of six months) automatically entitles the agent to compensation.

The amount of compensation is very difficult to determine as the judge calculates it according to the circumstances (the consequences arising, duration of contract, etc.)

WHERE COMPENSATION TO THE AGENT DOES NOT APPLY

The agent has no right to any compensation whatsoever when the termination of the contract occurs in any of the following circumstances:

a)  the agent breaches the contract (a typical case is where the agent underperforms and doesn’t reach the minimum number of sales; provided this minimum has been stipulated previously in the contract).

b) When the contract is terminated by the sales agent, except for causes attributable to the principal (for example, for not paying commissions) or based on the  age, infirmity or illness of the agent who cannot reasonably be expected to continue carrying out their duties.

Although on many occasions clauses are written into agency contracts whereby the agent renounces the right to compensation or indemnities for customers or investments, or where such compensations are capped, these clauses would be declared void in court.

PERIOD FOR CLAIMING COMPENSATION OR INDEMNITY

The period for claiming indemnity or compensation is one year from the termination of the contract.

Finally and in keeping with our ESTUDI JUURIDIC style, we would like to pass on a few “secrets” in the form of practical advice gleaned from our experience.

1. The contract that is signed should be overseen by a lawyer (a bad contract is never detected when it is signed, only when disputes arise) and, apart from the logical clauses (duration, commissions, etc.), must clearly define the territory the agent will cover. This avoids disputes over whether the agent is entitled to a commission.

2. For the agent, it is important that the contract states whether they have exclusivity in their territory. For the principal, on the other hand, not stating this makes it difficult for the agent to prove they do when making a compensation claim.

3. It is in the principal’s interest to have a fixed term contract (renewable year on year for example). For the agent, on the other hand, an indefinite contract.is better.

4. It is also vital to establish a minimum number of sales or objectives, as well as to determine the obligations that, if breached, will allow the contract to be terminated (without compensation).

5. If the company has a recognised brand, it should be stated in the contract.

6. All claims and complaints made prior to the termination of the contract, for breach of contract by the other party, must be put in writing (by email is sufficient). If they are overseen by a reliable lawyer even better.

7. Both agent and principal must have customers that have been introduced, sales, commissions paid, investments made etc. very well documented. Up against a claim in court, this could be the key to success. In court, don’t forget, everything must be proved.

8. It’s a good idea for the company to have an agency contract model that defends their interests. In Estudi Jurídic we can help you draw one up and/or check over the one you already have.

Join our Partner, Oludare Senbore as he shares his insights on the challenges of foreign participation in West Afri… https://t.co/ulP3FBSf8w

The force (majeure) may not be with you – Covid-19 drafting in development agreement #JuniorLandBuyersSeries https://t.co/loLpfKigxW

Our Associate, Motunrayo Ope-Ogunseitan will be speaking to @Blackdrum_TV on the topic: "Creatives and the Law". Th… https://t.co/ENAE7WLqkI

For legal advice surrounding #copyright and #copyrightinfringement, as well as #trademarks and #patents, contact ou… https://t.co/qTBZFZ6xtZ

On this #WorldHealthDay, let's celebrate our health workers, nurses, doctors, and researchers for their selflessnes… https://t.co/rkR2iaEk4E