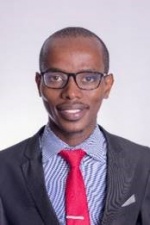 With a significant decline in Covid-19 cases in recent weeks, the government has naturally decided to uplift some of the restrictions – to allow for more economic activity and allow people to get as close as possible to their natural normal living. This is, of course, necessary and critical considering the impact that the pandemic has had on peoples’ well-being and the concomitant psychological impact.

In the most recent ‘family meeting’, as the President’s Covid-19 addresses and updates have become known, he lifted several restrictions. One of these was the lifting of political restrictions – the announcement of which has been warmly welcomed by many political parties. This warm welcome was expected considering the storm that had started to brew among political parties pushing for the lifting – for obvious reasons with the elections not very distant. Whilst there are many applaudable reasons for the lifting, there are equally relevant inherent legal perils which should be borne in mind by all the relevant role players – political parties, their members, etc. Significantly, these legal risks exist in law i.e. independently of the Covid-19 Regulations. As with the super spreader events, where organisers can be held legally liable if the attendees or anyone in the close vicinity to the event contract the virus and die or develop serious health complications, it becomes necessary to consider if similar legal principles can be adopted into the context of political gatherings. The pertinent questions are inter alia: can the gathering members of political parties sue anyone if they contract the virus; if a member dies from Covid-19 contracted at such a gathering, can the dependants claim for loss of support? If so, who can they sue? What about the bystanders – those who are in close vicinity but not necessarily part of the gathering – but get infected by the virus. These are all questions which are worth discussing and considering, particularly for political party leaders; members who attend such events; the general public who do come into contact with political party members who attend such events.

At this stage, the Regulations do permit gatherings to a certain number of attendees. As stated above, the legal risks of holding gatherings during the Covid-19 storm exist independently of the Regulations. The applicable legal principles are trite. In cases where it is legally justifiable, political party members may be held criminally guilty. A befitting example would be where a member attends a political gathering knowing that he is COVID-19 positive and thereafter does not adhere to protocols and infects others. In such a case, there may be charges of assault, attempted murder or murder – depending on the facts and circumstances. Further, gatherings of such nature may attract civil claims against political parties or any other relevant interest group. In this regard, there may be room to claim in delict – the success of which is strictly based upon the evidence and facts brought forward. In delict, 5 (FIVE) natural elements will need to be proven on a proverbial balance of preponderance standard. Thus, the claimant will have to prove that wrongful and negligent/intentional conduct of a person (natural/juristic) has caused him/her harm. Furthermore, there may be possible claims for loss of support where applicable – where the breadwinner dies from Covid-19 subsequent to attending a political gathering where the indicators suggest that that particular gathering was a ‘super spreader’. The nature of the claim i.e. the basis of the claim; what is claimed; who is claiming will be determined by the circumstances of each claim.

Having regard to the aforementioned legal principles, it is therefore possible for political parties to be held legally responsible if they convene large political gatherings and, as a result, the attendees/bystanders contract the Covid-19 virus. It is trite law that political parties may be held legally responsible for the conduct of their members. The only practical obstacle for party members in claiming against their own political parties is that they voluntarily attended the event having foreseen (or ought to have foreseen) the possibility of contracting the virus. Depending on the facts and the circumstances, their claim may, at worst, fail or, at best, be apportioned. That is, the party carries some blame and the relevant member also carries some blame. The practical effect of this ‘apportionment’ will reflect on the amount of damages awarded to the claimant. For bystanders, it is relatively easier to claim than partaking political party members and their claims may be legally proven with less difficulty.

Whilst the unbanning of gatherings, particularly political gatherings (which tend to attract large crowds) is critical in giving practical effect to our constitutional rights and fundamental for our democracy, there are inherent legal perils that must be considered and guarded against by the parties and their members, alike. To minimise chances of being held legally liable, the parties will need to implement solid precautionary measures in place. Some of the measures may include having floor markings where possible; having enforcement officers on the premises; ensure the wearing of masks; adhering to the legally permissible number of attendees; temperature scanning at the entrance (where possible); Covid-19 related enquiries sheet at the entrance; disallowance of the sale and consumption of alcoholic beverages at the premises. This is not a closed list, but these are the factors that will likely be considered if and when legal action on this subject comes forth.

Mthokozisi Maphumulo, Associate and Litigation Attorney at Adams and Adams

The Government’s intentions for pandemic rent debt. An update for commercial landlords, tenants and their advisors https://t.co/HQqQNgXslk

We're delighted to continue our support of @fifewhiskyfest! 🙌 This is always a fantastic weekend and we're looking… https://t.co/YdPo1gCNAg

Zambians took to the polls in early August which ultimately saw victory for Hakainde Hichilema. One of the key poin… https://t.co/A4zBoqcJTv

Are you an Associate/Senior Associate working in the Franchising space? Working alongside partners Greg Hipwell an… https://t.co/hXjKoiu6xD

Could #menopause become a protected characteristic under the #EqualityAct 2010? The jury's still out, but there is… https://t.co/FAZmJ0YdBq

Is your right of light report right? #RealEstate https://t.co/ryc7LipIEJ

One week to go! We're looking forward to @LegalAwards next week where we're finalists in 3 categories – Firm of the… https://t.co/gX4OFc4K7G