South Africa: Do Directors owe a duty to the company only? 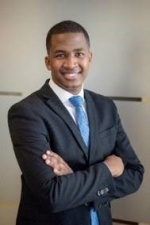 There is an interdependency between companies and South African society, which mirrors the African concept of Botho, otherwise known as Ubuntu, which translates to “I am because you are; you are because we are.” Companies are an integral part of South African society, and vice versa. However, a company is dependent on the broader South African society in order to provide it with a conducive operating environment, creating a sustainable customer base and to provide the skills which the company requires to operate, among many others.

This leads us to ask whether directors of a company should be required to run a company solely in the interest of its shareholders, or whether they should take into consideration the interest of other stakeholders within the broader South African society?

Prior to the promulgation of the Companies Act 71 of 2008 (the Act), the duties of company directors were governed by the common law and codes of best practice such as the various permutations of the King Report on Corporate Governance for South Africa.

In terms of the common law, directors are required to act in the utmost good faith and in the best interests of the company, which includes exercising care, skill and diligence with a view to promote company success by means of applying independent judgment. These common law requirements to act in good faith and in the best interest of the company have been applied in judgments such as in the case of the South African Fabrics v Millmann, in which the court held that a company's "interests" are only those of the company itself as a corporate entity and those of its members. By this it is meant that directors are required to manage the affairs of the company in the interest of the body shareholders as whole and to maximise profits for the benefit of those shareholders.

“a director of a company, when acting in that capacity, must exercise the powers and perform the functions of director— (a) in good faith and for a proper purpose; (b) in the best interests of the company […]”

What is clear is that the requirement to act in the best interests of the company is present both with reference to the common law, as well as in respect of the Act. However, what is considered to be the  ‘best interests of the company’ is not defined in the Act. Efforts to give meaning to this phrase are ongoing. In this regard, consideration should be given to three theories which may shed light on how the phrase should be interpreted:

The Shareholder Value / Shareholder-centric approach is premised on the ideas that directors have an obligation to ensure wealth maximisation for shareholders and that a company is solely owned by its shareholders. This approach is in line with the position that the sole purpose of making a profit for the company entails that directors ought to exercise their duties solely for the benefit of the shareholders. With this theory, the idea that a company also exists for socio-economic purposes is not sustainable.

As with the shareholder-centric approach, the Enlightened Shareholder Value approach requires directors to maximize profits for the benefit of shareholders with the qualification that directors are also permitted to take stakeholders’ interests into account, on the basis that these remain subordinate to profit maximization and interest of shareholders. This theory aims to strike a balance between protecting the various competing interests of shareholders and stakeholders by recognising that a company is an economic institution as much as it is a political and social institution.

Within the South African context, various statutes such as the Labour Relations Act 66 of 1995, the  Promotion of Access to Information Act 2 of 2000,  and the Broad-Based Black Economic Empowerment Act 53 of 2003, among others, place increasing pressure on the traditional view that directors are expected to manage a company only in the best interests of the shareholders collectively, but rather taking into account the interests of all stakeholders including employees, creditors, consumers, etc. This in it itself can be viewed as an indirect rejection by the legislature of the purely shareholder-centric approach.

The duties which directors owe to the company fall within the parameters of corporate governance. Accordingly, when assessing whether there is a need to rethink the content of the contemporary standards required of directors, one must have regard for contemporary principles of corporate governance. Although it does not possess the force of law, the King IV Report on Corporate Governance for South Africa 2016 (“King IV”) is an instructive code on corporate governance best practice in South Africa and sets a minimum standard for directors’ conduct. Concerning the above issue, King IV refers to the “triple context” of the economy, society, and environment in which a company operates as a singular, intertwined context and of which directors must have regard to in their decision-making.

Further, in the policy paper published by the Department of Trade and Industry (DTI) in 2004 entitled South African Company Law for the 21st Century: Guidelines for Corporate Law Reform, the DTI specifically states the following: “South Africa cannot afford to be left behind. There is a growing recognition by companies and governments that there is a need for higher standards of corporate governance and ethics and greater interdependence between enterprises and the societies in which they operate…Socio-political and economic change in South Africa has underscored the need for social responsiveness, transparency and accountability of enterprises”.

In the light of this clear objective by the state that cognisance should be given to stakeholder interests, the question remains whether the phrase “the best interest of the company” should be read through the lens of the stakeholder/pluralist approach or the enlightened shareholder approach.

I am of the view that it cannot be said that the phrase in the ‘best interest of the company’ should be read with reference to the stakeholder/pluralist approach, but rather that it should be read regarding the enlightened shareholder approach where the directors’ main objective remains to maximize profits for the benefit of shareholders, but that they also take stakeholders’ interests into account and that such interest remain subordinate to profit maximization and interest of shareholders.

The Act does not force any mandatory or legal duty on directors of a company to take stakeholder interest into account. However, if one has regard to the spirit, objects, and purposes of the Act, the imperatives of the Constitution, and the principles of the codes of practice such as the King IV, even though it is not specifically mandated by the Act it will be unavoidable for companies not to have regard to the interest of stakeholders.

Therefore, on the question of whether it is necessary to broaden the traditional concept that directors owe a duty to the company only, there can be little doubt that this traditional concept has, at least indirectly, already been put forward. However, it would be useful for the legislature to incorporate these considerations into the Act to avoid any doubt. This is not inconceivable, given that legislature has already partially done so in respect of public entities which are mandated to appoint social and ethics committees.

By: Cohen Grootboom, Associate Attorney at Adams and Adams

Our Partner, Tunde Fagbohunlu, SAN has co-authored a chapter on "Substantive Protections: Obligations" with Hamid A… https://t.co/zwJOkuSmPc

With the school year officially underway, parents are well aware that preparing for the year can be an expensive ex… https://t.co/rgmjJdgpb8

Nigeria has joined frontline nations of the world and taken deliberate steps towards environmental sustainability a… https://t.co/FPnFAqQy3K

The Climate Change Act 2021 (the “Act”) has been described as one of Nigeria’s life-changing laws. Given the increa… https://t.co/2WKKrZm1sV

Are you, or is someone you know, considering a career in #law? 🎓 Our Insight Event on 9 February is a great opportu… https://t.co/nSP9jPjH9P