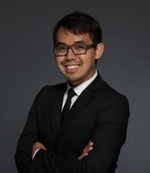 In the most severe accident cases, a claimant may suffer a shorter life expectancy on top of his / her physical injuries. In such cases, claimants are faced with an unenviable task i.e. to ensure that all of his possible claims arising out of the accident are made and which is hoped will help the family to cope financially once the claimant later passes away.

Although Singapore law permits that all such claimants are entitled to claim for the loss of future earnings, calculated on the basis of his / her expected earnings from the average working age until his life expectancy, there was an uncertainty if a claimant could claim beyond that i.e. the years he would have additionally worked until retirement. Such a claim is characterised as a ‘lost years’ claim.

The Honourable George Wei J in the High Court case of AOD v AOE [2015] SGHC 272 has now clarified that such a claimant can indeed claim for his ‘lost years’. The case also sets out the steps required in ascertaining such a claim by a very young claimant.

Brief Facts of the Case

This case involved the assessment of damages of a 9 year old boy who was hit by the Defendant’s car and became quadriplegic. Both the Plaintiff and the Defendant had filed a Registrar’s Appeal as they were dissatisfied with the Assistant Registrar’s decision.

One of these items that the parties were dissatisfied with was in relation to the claim for his ‘lost years’.

The Decision in AOD v AOE

The Court recognized that the exercise of assessing a living Plaintiff’s ‘lost years’ claim was always a difficult one, especially where it involved a young child. The Court however acknowledged that it was an exercise that had to be undertaken by the Court and should not be dismissed merely because of its difficulty.

In assessing the claim for lost years, the Court utilised the benchmark of mean commencing salary of young workers as the starting multiplicand and the average percentage of savings a young person would have based on his monthly CPF contributions (i.e. 40%).

In this case, as the Court had decided that the working multiplicand for loss of earnings would be $1,723.24, the multiplicand for lost years would be 40% * $1,723.24 = $689.30 and over the course of 8 years as the multiplier. The multiplier was chosen even though the Court accepted that the Plaintiff would have worked until he was 62 years old but applied a substantial discount on account of the unpredictability and vicissitudes of life.

Insurers and personal injury practitioners would find this case instructive and helpful in approaching a case involving a young claimant. Although the exercise of determining a quantum in relation to the claim for ‘lost years’ will inevitably be difficult and would require trawling through statistical information, this case sets out some pointers and indicators that one could bear in mind when faced with such a claim.

This update is for general information only and is it not intended to constitute legal advice. JTJB has made all reasonable efforts to ensure the information provided is accurate at the time of publication.

We're Excited....Are you? It's 3 days to the #BOAFootballTournament Don’t miss out on the action. #Football… https://t.co/vFu41s9KPH

We're looking forward to attending the 7th annual @scotpropawards in #Edinburgh this evening! Congratulations and b… https://t.co/03Ij2AOEZ0

4 weeks to go! The countdown to the Scottish Legal Awards! We're shortlisted in 4 categories this year - #LawFirm o… https://t.co/aaDmEWsdvl

Every #business works with personal information in one way or another. Therefore, whether #POPI is law yet or not,… https://t.co/F0u1kgqpS1

Our IP Partner and @INTA Board Member, Uche Nwokocha will set the stage for discussions on "Promoting the Objective… https://t.co/kTBJyEiiJ2

The impact of the general election and the Brexit exit on the UK real estate market. Listen to this podcast here:… https://t.co/R5DsazN0ev

We’re delighted to welcome our guests to our #CyberSecurity event with #SBRC this morning #CyberScotWeek2020 https://t.co/35HjJZnkq1