Singapore: Entitlement to relief by way of interpleader 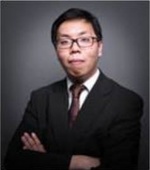 In the fallout that ensued from the announcement that O.W. Bunker & Trading A/S had filed for bankruptcy protection, physical bunker suppliers attempted to recover unpaid bunker payments directly from the purchasers. The OW entities in Singapore acted as middlemen between physical suppliers and shipping companies who had purchased bunker stems on credit terms.

Issue 1: Do the competing claims raised by the physical suppliers disclose any prima facie case for relief?

On an objective basis in law and fact, Justice Chong declined to grant interpleader relief because the competing claims raised do not disclose any prima facie case for relief. It followed, as a consequence, that this finding alone is sufficient to dispose the consolidated applications.

The physical supplier mounted a number of non-contractual arguments to justify their entitlement to recover directly from the purchasers. One argument generating considerable commercial interest was the assertion that the physical suppliers have title to the bunkers stemmed pursuant to the Retention of Title Clause. At the outset, Justice Chong dismissed this argument as a ‘non-starter’. His Honour deliberated further that even if the physical suppliers are entitled to the bunker payments because they possess the requisite title (and ahead of all other creditors), they would not, without more, be entitled to the payments.

Issue 2: Are the competing claims of the physical suppliers adverse to the OW entities’ claims within the scope of the interpleader process?

For completeness, Justice Chong further examined whether the competing claims are “adverse” within the scope of the interpleader process and concluded that they are not. The “subject matter” of the interpleader purchasers is the legal obligation to pay, and they have admitted to this obligation. Accordingly, it follows that the competing claims must be made in respect of the same “subject matter” in order to be considered adverse. However, on the present facts and at law, the physical suppliers do not have the contractual right to be paid the price of bunkers under the contract between the purchasers and the OW entities.

Issue 3: Whether this Court has the power to grant judgment by summarily determining the merits of the competing claims and to direct payment

Upon dismissing an application for interpleader relief, the Court does not have the power to grant judgment by summarily determining the merits of the competing claims because this power is tightly circumscribed and ceases if the interpleader summons is dismissed for not satisfying the statutory preconditions. The Court may only exercise its power to summarily determine the merits in cases where the conditions for interpleader relief have already been satisfied.

Further, the OW entities failed to convince the Court that it has the power to order payment in their favour. In cases where the Court had dismissed the interpleader summonses but directed payment, it was clear the parties were entitled to such sums.

In the premises, the Court held that the statutory preconditions have not been satisfied and therefore the consolidated applications are dismissed.

Despite failing to obtain interpleader relief, the purchasers’ position appears to have improved by reason that the physical suppliers were unable to establish a prima facie claim that they are entitled to recover the price of the bunkers directly from them. The physical suppliers may now be more hesitant to commence legal action and could retreat to the pool of creditors.

Granting that interpleader actions can alleviate the applicant of double vexation in respect of one liability, the Court must be seized of its interpleader jurisdiction to effectively dispose the dispute. This, in turn, hinges on the competing claims between the parties involved.

This update is for general information only and is it not intended to constitute legal advice. JTJB has made all reasonable efforts to ensure the information provided is accurate at the time of publication.

Jeremy joined the firm in 2013 an Associate. His area of practice is dispute resolution in the Singapore courts and international arbitration, with a focus on admiralty and maritime cases.

The countdown is on 🕰. Its 6 days until our #Fintech/#PrivateEquity webinar. Panel sessions will be moderated by ou… https://t.co/mjfuo9E83B

The good news is that from 1 June real estate agents are among the businesses that may again operate, but it is not… https://t.co/8D5V1oQlZS

Points to consider when making an application under the Woodland Carbon Guarantee https://t.co/orlzv4bM5a

Our specialised patent attorneys are able to assist you throughout your patent application process. If you would li… https://t.co/O6cToQ9QTr

What you need to know about Corporate Insolvency and Governance Bill https://t.co/1XQBR59MIM

At MacRoberts, we are committed to reducing the #environmental impact of our business & continuously improving the… https://t.co/1EYWNVJQDW

The Department of #Petroleum Resources (“#DPR”) has announced the commencement of the 2020 #MarginalField #Bid Roun… https://t.co/ZGv4Lf5sCZ