The law of prescription (which governs the time limits for claimants to begin court proceedings) has been in a state of flux for the last few years and it is widely recognised that there is an urgent need for clarity on the current state of affairs. A significant change to the law of prescription in Scotland is due to enter into force on 1 June 2022 in an attempt to provide balance and clarity to the application of the law. 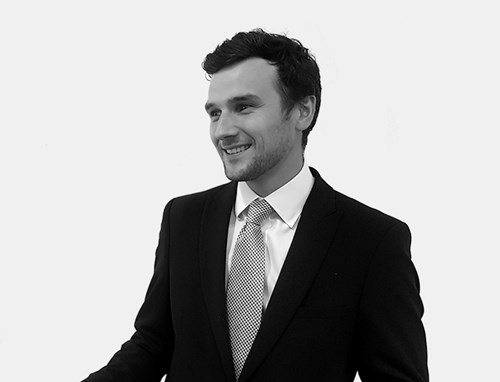 The law of prescription (which governs the time limits for claimants to begin court proceedings) has been in a state of flux for the last few years and it is widely recognised that there is an urgent need for clarity on the current state of affairs. A significant change to the law of prescription in Scotland is due to enter into force on 1st June 2022 in an attempt to provide balance and clarity to the application of the law.

The Scottish Government laid the implementation regulations for the Prescription (Scotland) Act 2018 (Commencement, Saving and Transitional Provisions) Regulations 2022 before the Scottish Parliament in February. The changes to be introduced by this Act in June of this year will essentially move the legislation closer in line with historic decisions made by the Scottish Courts, instead of the rulings made in recent years.

The current position with regard to time limits for bringing claims in Scotland is primarily set out in the Prescription and Limitation (Scotland) Act 1973 (the “1973 Act”) and its interpretation has been considered in detail in case law.

Section 6 of the 1973 Act provides that the majority of claims in contract and delict (excluding, most notably, personal injury) must be made within 5 years of the ‘appropriate date’. The key changes coming into force on 1 June 2022 relate to sections 11 and 13 of the 1973 Act and have an impact on what may be viewed as being the ‘appropriate date’.

As it stands, Section 11(3) of the 1973 Act states that the five-year prescriptive period will not begin where the claimant ‘was not aware, and could not with reasonable diligence have been aware, that loss, injury or damage caused as aforesaid had occurred’. In other words, the five-year prescriptive period does not commence until the date on which the innocent party first became, or could with reasonable diligence have become, aware of the loss, injury or damage.

Section 11(3) has been subject to detailed consideration by the court in recent years. In David T Morrison & Co Ltd v ICL Plastics Ltd (2014), the Supreme Court held that awareness of the cause of the damage is not required for the prescriptive period to commence—awareness on behalf of the claimant that the damage has occurred is sufficient.
Before this judgment, a consistent line of Scottish case law had treated section 11(3) as imposing a requirement of knowledge of causation. The decision in Morrison altered the law of prescription as it had been understood for the previous 30 years. Following this judgment many questions began to be asked in relation to how the law of prescription would work in practice.

Indeed, in the case of Gordon’s Trustees v Campbell Riddell Breeze Paterson LLP (2017), the Supreme Court held that, in claims for economic loss, where the claimant was aware that they had spent money but did not know that the expenditure was to be ineffective, the appropriate date would be the date of that expenditure being incurred. Effectively, it was held that, even when a claimant was unaware of something having gone wrong, section 11(3) would not postpone the start of the prescriptive period.

Further clarification was provided, in the Court of Session’s Inner House decision in WPH Developments Limited v Young & Gault LLP (2021) which addressed the question of when ‘loss’ occurred in terms of section 11(3) of the 1973 Act. This decision further curtailed the scenarios where a lack of knowledge would delay the commencement of the prescriptive period and decided that an individual did not need to have actual or constructive awareness that they had suffered detriment in order for the prescriptive period to commence.

The cases outlined above clearly tilt the balance in favour of defenders in allowing the prescription clock to start to run before a party is aware that a loss had been incurred, or even realised the identity of the person who had caused the loss. Questions have been raised in respect of the fairness of this interpretation of section 11(3) and there has been a general consensus of a need for reform.

Changes to the rules

Section 11(3) will be altered by the new Act in an attempt to clarify the commencement of the five-year prescriptive period when a person is unaware that they have incurred a loss.

Essentially, the amended wording of section 11(3) due to come into force in June 2022 will address the balance that tipped in favour of defendants as a result of the decisions in the Morrison, Gordon’s Trustees and WPH cases. These decisions meant that some claimants had little to no opportunity to make their claim before their claim had prescribed.

Under the new rules, the prescriptive period will not commence until the claimant is aware of the following:

The effect of the change is likely to allow for a later date for the start to the five-year period in situations where claimants are initially unaware of having suffered loss.

Ultimately the new rules on the trigger for the start of the five-year prescriptive period will be more favourable to those pursuing a claim but it is not clear to what extent as yet. The new rules introduced will inevitably make it more difficult for defenders to contend that claims have been made out of time and this may lead to an increase in litigation going forward.

It should be noted that despite the introduction of these new rules, where a claim has prescribed prior to 1 June 2022, it will remain prescribed, and the effect of the new changes to the Act is not to ‘re-awaken’ such claims.

It is likely that these new rules will become the topic of litigation going forward and it will be interesting to see the application of the law in practice.

This article was co-written by Clare Tuohy, Trainee Solicitor.

With energy cost increases & threats to #foodsecurity rarely far from the headlines, many #foodanddrink businesses… https://t.co/KbqG5gRUSO

(c) no other circumstances exist to weaken the inference drawn? #DidYouKnow

Did You Know? Did You Know that circumstantial evidence may be used in grounding a conviction if: (a) it leads ir… https://t.co/nqpWAWKZnn

In the Mutual Evaluations by the Financial Action Task Force (“FATF”) and to provide measures for effective impleme… https://t.co/LOgjFLUwpM

The Money Laundering (Prevention & Prohibition) Act 2022 ( the “Act”) is one of the laws recently enacted as part o… https://t.co/3nO9d6do6Z

In the absence of an agreement on the length of notice, a tenant under a yearly tenancy in Lagos State is entitled… https://t.co/TxSCaw3FRg

With seat moves just around the corner, two of our trainee solicitors, Alex Rose and Rebecca French, share their to… https://t.co/NBbquovYDV