Scotland: Anti-suit Injunctions in International Arbitration - Which Court has Jurisdiction? 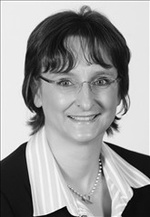 Is it only the courts in the seat of an arbitration which can grant interim measures before an arbitral tribunal is constituted or can courts in other countries become involved?  This was the question raised in U&M Mining Zambia Limited v Konkola Copper Mines plc [2013] EWHC 260 (Comm).

Both parties to the case were Zambian companies.  Konkola own copper mines in Zambia.  U&M was the operator of one of these.  They had contracted on the basis of Zambian law applying to their contracts and the High Court of Zambia having exclusive jurisdiction, but for a London Court of International Arbitration (LCIA), arbitration with the place of arbitration being England.

Disputes arose between them and Konkola terminated the contract with U&M.  Konkola then applied to the Zambian courts under Zambia's Arbitration Act 2000 for orders compelling U&M to value the mine and hand over equipment.  The orders were sought to protect Konkola's rights and interests pending the LCIA Arbitration in London.  It was said the steps were taken "to support the arbitration process rather than to contradict or hinder it".  This was necessary as losses were accruing at US$1.5m per day as long as U&M stayed in possession.

U&M then commenced an LCIA Arbitration in London.  They obtained an interim injunction in London preventing Konkola from taking steps in the court action in Zambia.  U&M argued the Zambian action would be contrary to the arbitration clause.  The case was then heard in the English Courts on the application for a full injunction.

It was agreed by the parties that the court in London could restrain a party by injunction from bringing or pursuing proceedings in a foreign court in breach of an agreement to refer the dispute to arbitration.  It is considered damages are not an adequate remedy in these circumstances.  The basis for the injunction would be that without it, the party would be deprived of its contractual right to have disputes settled by arbitration.

The issue for the court was to decide whether, if Konkola required interim relief from a court for reasons of urgency, it was obliged to seek it from the court in England and barred from seeking it in Zambia.  In other words, did the English courts have exclusive jurisdiction?.

What is the seat of the arbitration?

Konkola argued that the seat of the arbitration was Zambia on the basis of the clause providing for the Zambian court to have exclusive jurisdiction.  Further, the parties had agreed to Zambian law applying and the parties, the assets, the place of performance and the subject matter of any dispute were in Zambia.  The contract provided for any arbitration award to be enforced in the Zambian courts.  Having the English courts as the supervisory jurisdiction did not make sense, Konkola argued, where there were no arrangements for reciprocity of enforcement of judgments.  The arbitration clause did not use the word "seat" but only referred to the "place" of arbitration.  That was simply a reference to geographic location as opposed to a legal place or seat.  Insofar as any court should have jurisdiction, it should be the court of Zambia.

However, on the basis that the contract referred to disputes being sent to LCIA Arbitration "in London", stated that the place of arbitration should be London and that there was no evidence the parties had chosen any other seat, it was considered the parties had agreed the seat should be England.  This meant English law applied to the arbitration proceedings.

Was Konkola entitled to use their local court to obtain interim remedies?

Konkola argued that even if the seat of arbitration was England, it was still entitled either to use the Zambian court (their local court) or the English court (the court of the seat of the arbitration) to obtain interim remedies.

They argued that the UNCITRAL Model Law (which was adopted in the Zambian Arbitration Act 2000) provides that it is not incompatible with an arbitration agreement for a party to request from a court, before or during arbitration proceedings, an interim measure of protection.

The English Arbitration Act 1996 section 2(3) provides that the court powers in section 44, exercisable in support of arbitration proceedings, apply even if the seat of the arbitration is outside England.

On the basis of the above, they said, both under the Model Law and the Arbitration Act 1996, the fact that the seat of arbitration is in one country does not preclude obtaining interim measures in another.

U&M argued that the court of the seat had exclusive jurisdiction subject to a valid agreement to the contrary.  In the absence of such agreement, only the English court could grant the remedies sought and Konkola should not be allowed to continue the proceedings in Zambia.

The court reviewed a number of authorities and came to the view that if it had needed to decide the point, it would be of the view that the courts of the seat have the sole supervisory and primary, but not exclusive, supportive function in relation to the conduct of the arbitration.  In exceptional circumstances, a party may seek interim relief in a court other than the seat if for practical reasons the application can only sensibly be made there and provided it is not just an attempt to circumvent the arbitration clause.

However, that point did not need to be decided because it was governed by the parties' agreement.  The LCIA Arbitration Rules deal with interim and conservatory measures.  Article 25.3 provides that the power of the tribunal to make certain interim orders shall not prejudice any parties' right to apply to any state court or other judicial authority for interim or conservatory measures.  This is similar to a provision in the International Chamber of Commerce (ICC) Rules.

The court considered Article 25.3 of the LCIA rules implicitly recognised a party's right to apply to its local state court.  Nothing in the arbitration clause was inconsistent with this.

Also considered relevant was the fact that the dispute was between two Zambian companies, concerned the operation of a copper mine in Zambia and the interim issues concerned the possession of the mine and equipment.  This was a matter of national importance in Zambia since the mine contributed a substantial portion of Zambia's GDP.  It was thought the natural forum for decisions in relation to this should be Zambia and not England and the court there was best placed to take the decision.

This case was decided as a matter of contract in that the incorporation of the LCIA Rules allowed local courts to have a role.  The same result is likely to follow with use of the ICC Rules or where the Model Law applies.  Parties adopting institutional rules should be aware of the potential consequences of this particularly if, as is often the case, their intention is to preclude the intervention of local courts.  In the absence of such rules, the court suggested it was only in restricted circumstances that parties should be able to have recourse to a court in a place other than the seat of the arbitration.

Shona Frame is a Partner at MacRoberts LLP. She has dual accreditation by the Law Society of Scotland as a Specialist in Construction Law and in Arbitration Law. She can be contacted on shona.frame@macroberts.com