Poland: BSJP Christoph Garschynski is the new Honorary Consul of Germany in Poznan

On 31 January 2017, Rechtsanwalt / legal counsel Christoph Garschynski, Partner at BSJP, was appointed the new Honorary Consul of the Federal Republic of Germany in Poznań. During the official ceremony held in the White Hall at Hotel Bazar in Poznań, Christoph received the appointment letter from Germany's Ambassador Rolf Nikel. Prior to the appointment, the Ambassador thanked Marian Kareński-Tschurl for having fulfilled the mission of the honorary consul since 2001.

Christoph Garschynski will take charge of consular matters. Next to the typical activities associated with consular protection and assistance, his tasks will also include supporting and undertaking actions which facilitate the establishment of commercial, cultural and educational co-operation. The consular district serviced by him extends over the area of Wielkopolska Province save for Złotów, Piła, Chodzież, Czarnków and Wągrowiec Districts. 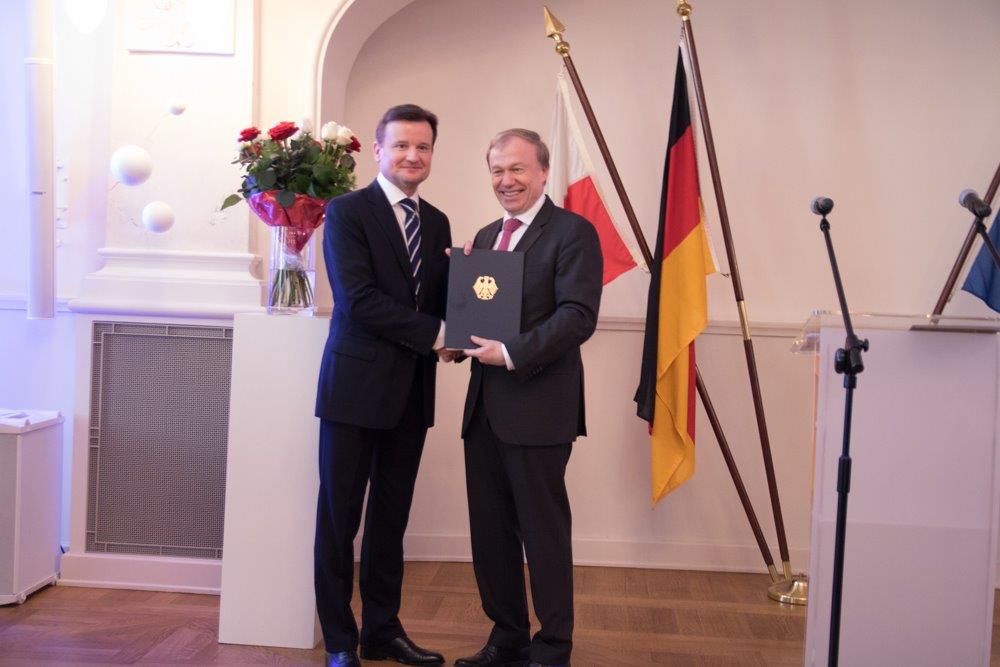 Last night, we were delighted to welcome guests to the @YE_Scotland #Dinner, held in our #Glasgow office, with dinn… https://t.co/oR3KYArVki

What should Australian employers be doing in light of reports of the spread of COVID-19? https://t.co/uZKLuWKacR https://t.co/ATj9lXGGY1

#MacRoberts is proud to celebrate #LGBTHistoryMonth 🏳️‍🌈 and strongly believes in full #diversity, #equality and… https://t.co/S7d3B8PPO7

Please join the family team for an evening of networking and paper flower making. You will receive tuition on how t… https://t.co/hOCi3cTES6

“We are not fighting or asking to be equal. We are equal”. Our Associate, Motunrayo Ope-Ogunseitan stands with… https://t.co/DQSioc8wCA