Netherlands: Recent Case Law of the Court of Justice of the EU on the European Order for Payment Procedure 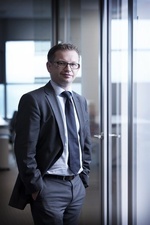 The Court of Justice of the EU (hereinafter: "ECJ") was faced with two preliminary procedures on the interpretation of the Regulation 1896/2006 (hereinafter: "the Regulation") regarding the European Order for Payment Procedure. These cases were the first ones on this Regulation which came fully into force on 12 December 2008. Since the Regulation leaves certain aspects open, national law is applicable and questions arise in the judicial practice. Therefore, it  is not surprising that the ECJ had to answer questions on this – for some Member States – new procedure.

The first decision from 13 December 2012 in the case Szyrocka concerned the question of whether the requirements to grant a European Order for Payment are regulated exhaustedly or whether the Member States are allowed to set up additional requirements. In the second decision from 13 June 2013 in the case Goldbet Sportwetten GmbH, the ECJ had to answer the question whether the defense against a European Order for Payment can be qualified as a situation as regulated in article 24 of the Regulation 44/2001 (hereinafter: "Brussels I-Regulation").

Decision in the case Szyrocka

These decisions are not surprising. The European Order for Payment Procedure, as regulated by the Regulation, is a compromise made by the Member States. Certain aspects are therefore not regulated. In order to be effective, the key elements of this procedure should be uniform. The national laws of the Member States shall only have the function of integrating this European procedure in their national law systems. It is therefore good that the ECJ focuses on the uniform character of this procedure. Due to the unregulated aspects within the Regulation, more decisions of the ECJ can be expected in the near future.