Italy: A recent decision on copyright protection of the “store concept” 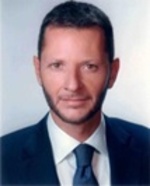 Companies operating in most different field, in particular in the “business to consumer”, have been experiencing for some time the need for transmitting to its consumers the image of their business identity in an unambiguous and permanent manner. In retail, in particular, we are assisting to the development of a phenomenon all-in-all recent, at least in Italy: we refer to the communication and the consequent perception of a brand through the shop concept.

However, what does the word “concept” mean? It means the global image of a point of sale, including its structure and the shape of a shop, the furniture, the set-up and, however, the way in which the products or the services are commercialized.

Here it comes the need for understanding whether and in which terms the concept can be protected.

With an innovative decision meant to be debated, the last October 13th, the Court of Milan recognized the original and creative character of the project developed by an Italian well-known Architects Firm for KIKO shops for make-up and perfumery products. The well-known chain of make-up stores sued WJCON alleging that the latter had reproduced, in its stores, the design project of the internal furniture created by the Architects in 2005 and realized in all KIKO stores.

This project stands out for its minimalist style distinguished by the following elements: an open spaceentrance with big backlight graphics on either sides, lateral exhibitors with continuous and sloping structures, walls with transparent and drilled plexiglass parts in which the products are shown, rounded islands positioned in the middle of the shops, numerous TV screens and, last but not least, the use of colors combinations (white, black, pink/purple) and “discotheque-effect” lights.

The Court, after having recognized that WJCON concept recalled unoriginally KIKO’s creative idea, held that the law applicable to the specific case was the copyright law and, in particular, article 2, n. 5, being deemed the internal furniture among the drawings and the architectural works.

Pursuant to the decision the required creative character of the planning “can be evaluated on the base of the choice, the coordination and the organization of the elements of the work, in relation to the overall result obtained.” The burden of proof has been reached also through the extended photographic documentation provided, from which it results that no competitor had previously adopted, in its shops, a combination of elements comparable to the one adopted in KIKO shops; nor the possible previous use of single elements, by other companies, was believed as able to mine the original and creative character of KIKO, because the creation must be evaluated in its entirety.

In addition to the copyright law infringement, WJCON was also found liable for unfair competition for having copied unoriginally all commercial and promotional activities carried out over the years by KIKO, to the point that it could be considered a systematic exploitation of the work and the creativity of the latter. All the above with a timing substantially corresponding or anyway immediately following the adoption by KIKO of its specific initiatives.

Partially granting KIKO’s requests, the Court inhibited WJCON the use of the project in the shops of its commercial chain and ruled a penalty of € 10.000,00 for each shop that will keep such furniture beyond the 60th day from the date in which the decision in its executive will be served.

Regarding the assessment of the damages, the Court deemed that the acquisition of data related to the commercial trend of WJCON shops would not have led to an adequate result, because among the incomes obtained by the counterfeiter there are different factors of the business activity and the assignment of part of the aforementioned incomes to the ascertained illicit would be completely arbitrary. The Court considered the amount saved by the defendant to exploiting the project developed for KIKO and increased that amount on the reproductions made in all the WJCON shops spread on the national territory.

The defendant was therefore condemned to pay to KIKO a compensation for the loss of business incomes calculated as € 700.000 and determined on the base of the price for the conception and the planning of the concept (€ 70.000) that WJCON would have borne to lawfully exploit the protected work, multiplied for the number of shops in which the concept was used.

Moreover, as compensation for the actual loss(the expenses that KIKO had to bear to the assessment of its rights) WJCON was condemn to refund the investigative expenses borne for ascertaining the illicit for a total amount of € 16.250,00 and the legal fees, established in € 26.400,00. The publishing of the ruling of the decision on a national newspaper was also established, with expenses to be paid by WJCON.

During #lockdown, the restrictions and closure of various institutions prevented people from lodging valid claims a… https://t.co/w81P81UaPv

Your situation following a #separation can feel very uncertain, unsettling & overwhelming – to help you through the… https://t.co/TNXW1WN6oW

Innovation is crucial to businesses especially in the era we live in and as a result there appears to be a need to… https://t.co/BdkHitMc2n

10 things to think about if you are separating https://t.co/niABgVdOIV

Interesting article in @personneltoday regarding people working from home when being ill, including a comment by Va… https://t.co/Wz6MfhEPRd

Nigeria has ratified one of the biggest free trade agreements ever, the African Continental Free Trade Agreement. T… https://t.co/HYMQB4XDC5

Have you seen our latest #vacancies? We have a number of exciting #opportunities across the MacRoberts Group! If yo… https://t.co/qqiq876EDg

This year has seen more couples take the next step to move in together – however, in doing so, many may be unaware… https://t.co/kjly1uexuz

Did you miss any of our discussions on day 5 of #Crammer2020 about liability on social media, copyright and our vir… https://t.co/8zWQCKeKuf