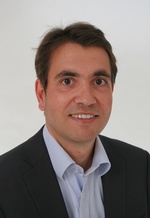 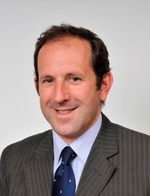 Both new joiners join Cornet Vincent Segurel from the Paris office of DLA Piper, where both of them were Of Counsel in the corporate department until recently.

The addition of Alexis and Adrien will further strengthen Cornet Vincent Segurel's mergers and acquisitions capabilities.

Alexis and Adrien both have substantial experience in mergers and acquisitions and joint ventures (involving notably the drafting and negotiation of acquisition agreements, warranty agreements and shareholder’s agreements), as well as in company law, group reorganisations and general commercial matters, for French and international industrial, service and financial clients.

Adrien who started his career with Herbert Smith graduated from HEC, the leading French business school and the Institut d’Etudes Politiques de Paris.

Dominique Payet said: “It’s fantastic to welcome Adrien and Alexis, two expert practitioners with backgrounds in leading large commercial firms.  They both add strength to the corporate practice of our Paris office. We have now strengthened our offering of legal services with our new partners and we look forward to further developing our work here in France and with our colleagues across the world within the ADVOC network”.

RT @Aluko_Oyebode: 🏆 We congratulate our Partner, Ajibola Asolo on being recognized as a Rising Star Partner in the 32nd edition of th… https://t.co/lGtXAfJCcF

RT @Aluko_Oyebode: Publication | Overview Of Recent Developments in the Nigerian Derivatives Market. Since January 2011, when the Cen… https://t.co/gckYXp4b8E

RT @Aluko_Oyebode: 🏆 We congratulate our Senior Associate, Olagoke Kuye on being recognized as a Rising Star in the 32nd edition of th… https://t.co/0lYIV6C9ZJ

RT @Aluko_Oyebode: Aluko & Oyebode has been shortlisted for the Local & Frontier Legal Advisors of the Year award at the 2022 Private… https://t.co/iZJzDO9G09

RT @Aluko_Oyebode: 🏆 We congratulate our Senior Associate, Onyinyechi Iwuoha on being recognized as a Rising Star in the 32nd edition… https://t.co/S0ExU1NkJS

A recent High Court judgment has shown how hard it is to succeed in a claim for passing-off against a competitor wh… https://t.co/MffgCiYNwi

🏆 We congratulate our Senior Associate, Onyinyechi Iwuoha on being recognized as a Rising Star in the 32nd edition… https://t.co/S0ExU1NkJS