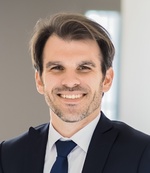 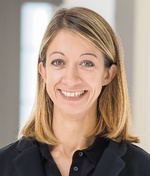 Emmanuel Wiplier joins the Corporate Department at the Cornet Vincent Ségurel Bordeaux office as an attorney.

After a postgraduate degree (DEA) and then a university diploma (DU) at the University of Poitiers, Emmanuel interned with a number of Paris law firms (S.C.P. Bruguière-Emir, Edouard Lebreton and Clifford Chance LLP).

He then went on to join the firm of DDA Conseils in Bordeaux in 2006 as a pupil barrister and subsequently as an attorney. He was co-opted associate by DDA Conseils in January 2014.

Emmanuel works in both French and English.

Marina Brige joins the Contract and Intellectual Property Law department at the Cornet Vincent Ségurel Bordeaux office as an attorney.

Following a Master 2 degree in Law and Taxation in the Art Market at Lyon’s Jean Moulin University in 2003, she went on to hold a number of positions, including Coordinator at Christie's France, Project Officer at CGI France and Legal Office at the France-Muséums agency in Paris.

After a diploma in Professional Ethics and Regulation of the Legal Profession obtained in 2014 from the Marseille Bar Training Centre, Marina went on to work for Selarl Juridial in Bordeaux.

Marina works in both French and English.

#DidYouKnow that all card payment solutions in #Nigeria must comply with the Payment Card Industry Data Security St… https://t.co/eDMThNAqZu

🎧 Our latest #MacRobertsLive podcast is out now! Our #EmploymentLaw team discusses the latest updates & everything… https://t.co/ATKV5AeNZJ

As #BlackHistoryMonth draws to a close, the conversation & work to achieve full #equality & #inclusion for all cont… https://t.co/9IznPBjwW6

RT @TechSWofficial: Our Supporting Partner @Ashfords_Law is a national provider of legal, professional and regulatory services with 70… https://t.co/sKXQQL4D0P

Could we be the starting point of your successful legal career? From Monday 2 November, you can apply here for a 20… https://t.co/pNG0uHqh5v

Are #prenups valid in Scotland? As @marikaflawyer explains, it's a common question – here, she explains the process… https://t.co/ojgzrT6HY9