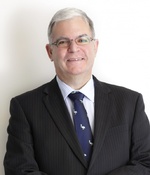 Colin Biggers & Paisley (CBP) have continued their expansion with new additions across all areas of their firm.

Andrew Tulloch has joined CBP as a partner in both the transport and logistics team and the insurance team.

CBP's construction and engineering team has also grown with the addition of partners Jonathan Stafford and Nathan Abbott.
Jonathan Newby has joined as a partner in the insurance team. Internal promotions in the insurance team include Melissa Fenton, Kemsley Brennan and Patrick Tuohey, who have been promoted to partner.