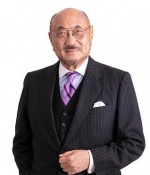 Fred Kan, of Fred Kan & Co, one of the founding fathers of ADVOC Asia, has been appointed by the Hong Kong Law Society Council as the chairman of its committee on the Regional Comprehensive Economic Partnership Agreement.

As of 2020, the 15 member countries account for approximately 30% of the world’s population (2.2 billion) and 30% of global GDP (26.2 trillion) making it the biggest trade bloc in history. "This is an immense credit to Fred, who has been tireless in his efforts in the Asian region for such a long period of time," said Chris Ward, Chairman of Advoc.

Have you registered yet? 👋 https://t.co/9wn3eDwPYE

In providing their services, OFIs must consider the risk posed by any one or combination of the following elements:… https://t.co/UPnAlEYNZf

can manage and mitigate money laundering and terrorism financing risks. OFIs are required to identify sources of… https://t.co/J5Bx6sZ0wA

The Central Bank of Nigeria (“CBN”) Guidance Notes on Anti-Money Laundering and Combating the Financing of Terroris… https://t.co/FedgrmSsrT

The potential for AI to reshape the field of healthcare, to aid in diagnosis and enable a more personalized precisi… https://t.co/sDyYRSD6zd

and how patients are treated, but it will also optimize resource allocation, allowing health systems to function mo… https://t.co/Y7ZFRYO40d

#AIinNigeria | There has been a surge of interest in the use of artificial intelligence (AI) in healthcare in recen… https://t.co/YbbavQWMYr